It’s a great time to be an Air New Zealand cargo customer as the carrier will be launching a spate of new services into the Americas.

Between now and November, Houston, Honolulu, New York and Chicago will all see resumptions of service or in the case of New York, a totally new destination for the airline.

This follows on the heels of the successful re-introduction of Vancouver late last year, which complemented the ongoing cargo flying to both Los Angeles and San Francisco that was maintained during Covid restrictions.

“We’re actually seeing demand for all of our ports bounce back faster than anticipated,” he says. “To free up capacity, our teams are working hard to get more 777s back in service, with the first 777 that was reanimated earlier in the year set to return to passenger flying from 1 July, the rest following shortly after.

“With the assistance of the New Zealand Ministry of Transport, we were able to maintain a very reliable cargo schedule into San Francisco and Los Angeles that was vital to our importers and exporters. Now with the more regular long-haul passenger services, we can expect demand to be very strong into all our ports.”

Some of the services such as Chicago and Houston had previously been successful cargo stalwarts that saw heavy demand prior to Covid, while Honolulu has played a very key role as a cargo interline connection hub.

And just as the news about non-stop Auckland-New York flights made headlines, cargo demand is expected to be significant.

Key industries such as New Zealand seafood, healthcare, and fresh cut flower exporters have long been seeking direct air service into the US east coast.

“New York has always been the golden prize for many of our shippers as it is a strategic market for our exports,” says Larsen.

“Until now it’s been challenging to access and dependent on truck and air connections from our west coast flights which many times is not conducive to the cool chain. With a new non-stop flight, we can expect key exports to finally get to market much faster. Getting to the East is about to get a whole lot easier.”

Not be outshone, the airline is looking forward to having both Houston and Chicago markets up and running with direct air services to Auckland and onward connections to Australia.

During Covid, these customers and commodities were shifted to truck service that connected to the Air New Zealand cargo flights from both Los Angeles and San Francisco. 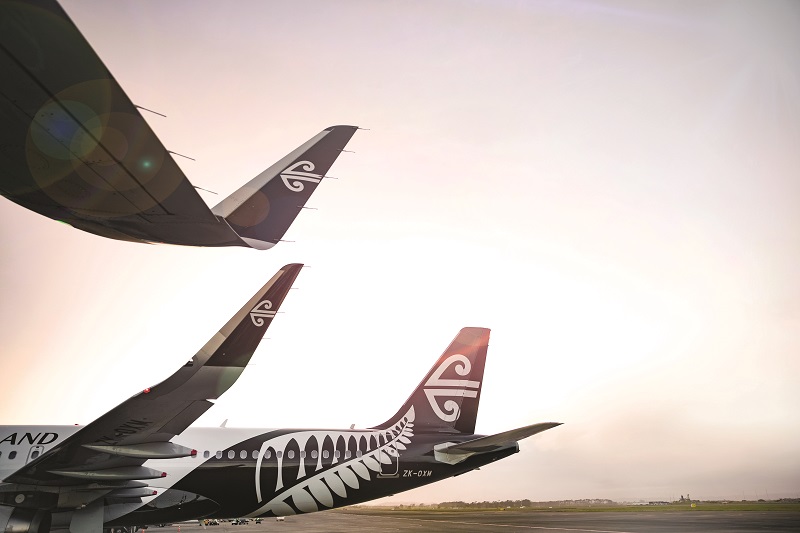 And while the cargo output in these regions far outstrip the capacity being offered on the direct flights, having a combination of direct air and connection services is a programme that has served NZ Cargo well for decades.

If there was a shining star in the network during the past 24 months, it was the long-haul cargo-only flying that was made possible by the New Zealand Government’s Maintaining International Air Connectivity (MIAC) scheme.

In addition to supporting the US flights, it made other primary export destinations possible such as Shanghai, Hong Kong, Tokyo, Sydney, Melbourne and the Pacific Islands.

With so much of the New Zealand export trade being perishables, there was never any question of being able to pause flying for more than 24 months and shutting down these supply routes.

Larsen says: “It goes without saying that the last two years were extremely tough for our airline and our people but the cargo programme persevered, flourished and now with passengers back on our planes, we’ll shift back to a normalization of flying and with added international destinations.”