Shearwater GeoServices’ seismic vessel that supermajor Shell contracted to survey South African waters for oil and gas is on its way to Las Palmas after the country’s court granted local activists an interim interdict preventing any seismic operations until a ruling can be made on whether further environmental approval is required.

Shell’s government-approved scheme to carry out a 3D seismic shoot on South Africa’s Wild Coast came to a halt on December 28. It is worth noting that Shell was initially given the green light after a judge dismissed a joint legal challenge by multiple activist groups, including Greenpeace Africa. 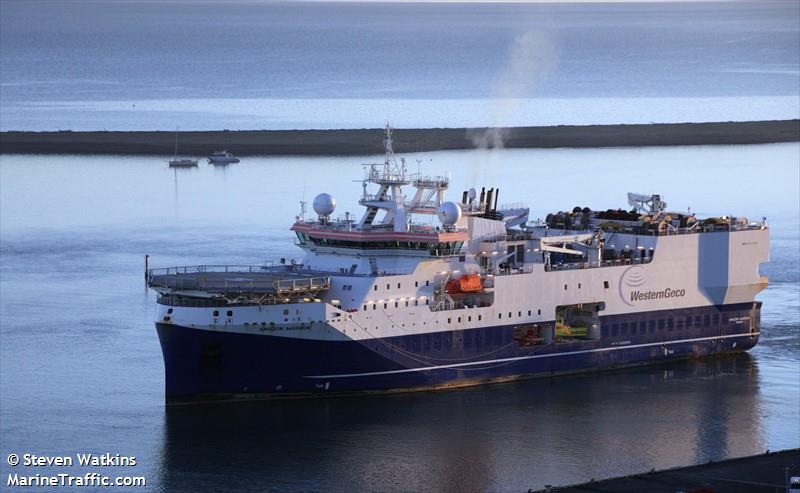 was sent to carry out the survey in the environmentally sensitive area, which protestors argued would have a disproportionate impact on local species, notably migratory humpback whales. The Grahamstown High Court in Makhanda, South Africa, however, ordered Shell to stop the activity last week after a separate lawsuit was filed, and the ship returned to the Cape Town port on Monday this week.

Shell has faced public outcry since the arrival of the Amazon Warrior in November of last year. Reportedly, more than 370,000 people had signed an online petition, with Greenpeace garnering over 84,000 supporters. According to data from ship tracking company MarineTraffic, the vessel is now set to reach Las Palmas on January 18 as no date was set for an environmental authorisation decision.