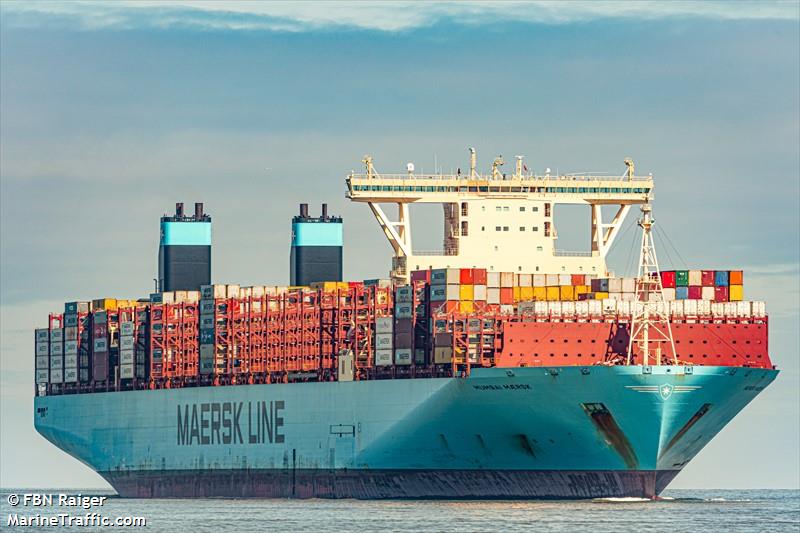 was refloated at high tide in the early hours of Friday morning after it ran aground on a shallow patch off the German island of Wangerooge in the North Sea late Wednesday.

Sailing from Asia, the 2018-built vessel had its last stop in the port of Rotterdam before grounding outside of port of Bremerhaven. The vessel was on its way to discharge the cargo meant for Bremerhaven, along with cargo destined for the Scandinavian countries.

After the first attempt to free the 20,568 teu ship and tow into deeper water with two multipurpose vessels and five tugs on Thursday morning failed, two additional tugs were hired and the Mumbai Maersk was towed free during a second attempt.

The vessel is now moving away with restricted maneuverability from the site, Marine Traffic data shows. Germany’s Central Command for Maritime Emergencies (Havariekommando) said the Denmark-flagged giant is to be brought to its port of destination at the earliest possible time, most likely during the next high tide on Friday afternoon.