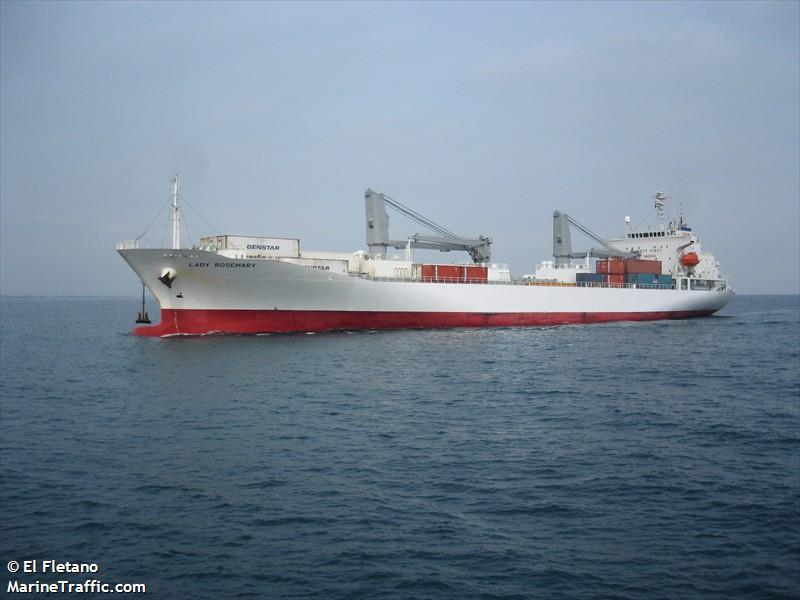 , owned by Japan’s Doun Kisen, collided with the breakwater and spilled oil while exiting the Japanese Hakata Port in Fukuoka.

The incident took place last night at around 23.45 hrs local time with 22 crewmembers onboard, all reported safe. The cause of the accident is unknown, however, a mistake in maneuvering is suspected. Local media reported that there were no waves and visibility was good at the time of the accident.

The vessel suffered a crack in the bow but is said to be in stable condition with no danger of sinking. According to the Fukuoka Coast Guard Station, there is no impact on the navigation of other ships and the oil spill is being contained.

The Coast Guard and the salvage company are looking into options on how to separate the Lady Rosemary from the breakwater. The 2008-built ship was loaded with bananas and was on its way to Kobe Port.